The Comedy of Science - Science ATL 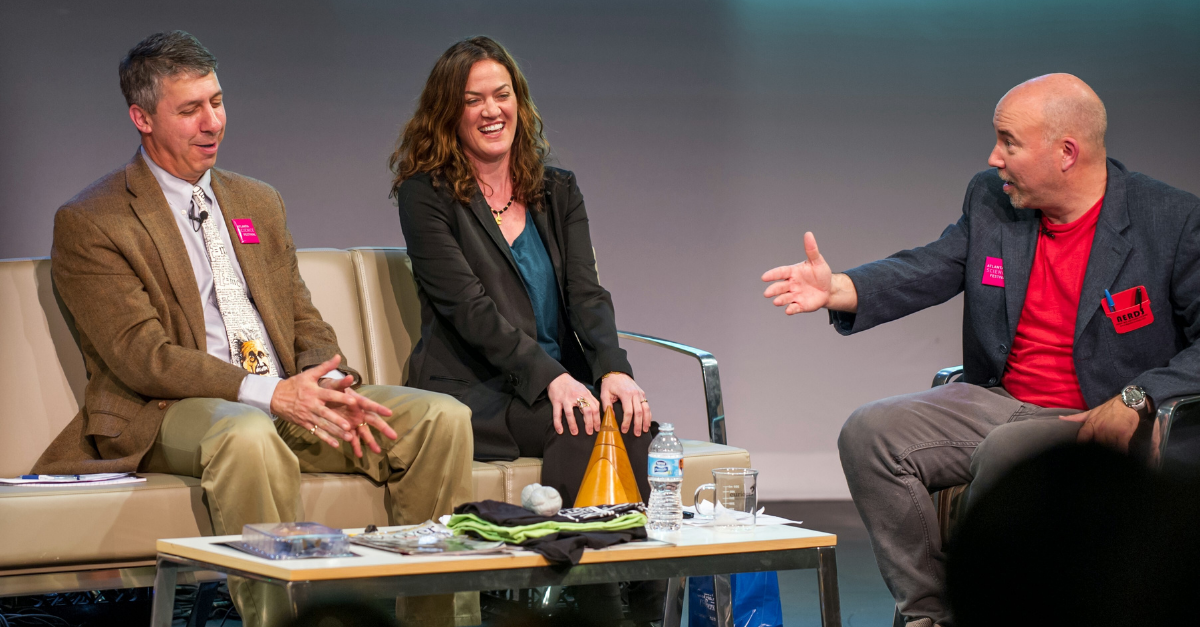 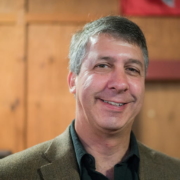 While science and humor appear to be mutually exclusive fields, Dr. Lew Lefton, Faculty in the Department of Mathematics and Associate Vice President for Research Computing at Georgia Tech, has bridged these two seemingly distant worlds by performing science comedy and investigating the science of comedy.

Lew began performing standup as a hobby while a graduate student in the 1980s, just as cable television roused a public love for comedy. “As a performer,” Lew says, “you’re there to serve the audience.” Catering to his audiences from the scientific community and the public, his sets highlighted aspects of both his professional career and what was then an emerging hobby. Today, Lew continues to bridge these two passions, making science the subject of his comedy; “Comedy is the noun; science is the adjective.”

The Science of Comedy

All the time spent crafting science comedy led Lew to become increasingly interested in the inverse relationship between the two: comedy science, a field still relatively unstudied. Some who study the subject propose that comedy is unique to humans due to psychological phenomena associated with humor. For example, humans demonstrate theory of mind—or the ability to consider the perspective of others—but there is debate as to whether (and the extent to which) other animals exhibit this cognitive ability.

Comedy often relies on theory of mind; the comprehension of another’s point of view can help an audience understand the humor in a comedian’s story or a comedian recognize whether the audience might find a joke too offensive or outdated. It’s these complex cognitive abilities that may prove humor to be the ultimate Turing test, as they can’t be coded precisely through machine learning.  However, progress in this research is difficult without a way to measure and quantify humor.

Lew and his colleagues—including Georgia Tech faculty member Dr. Pete Ludovice—have worked to address this obstacle through the Humor Genome Project. As their database of humor-related content grows, so does their ability to perform quantitative analyses on various components of humor. The science of comedy has already boasted important results–including benefits of humor in coping with anxiety and depression–and has potential findings in numerous areas such as human health and social behavior.

One group already jumping into these data are Lew’s students; he offers a project-based data analytics course at Georgia Tech in which students analyze data on humor from the Humor Genome Project. This creative approach to studying machine learning, computational analysis, and theories of behavior and cognition has great promise for gaining a better understanding of the science behind comedy.

“Things that make you laugh and then think—that’s the sweet spot.”

Beyond illustrating the relationship between science and comedy, Lew also emphasizes the ways it can benefit both comedians and scientists. He suggests that comedians take note of the science around them; not only can they benefit from understanding the science of comedy but understanding science will only give them a more informed voice to use on their platform. Scientists, on the other hand, should not only consider comedy another tool for telling their research story but also a great form of entertainment to enjoy. After all, anyone can benefit from a good laugh—there’s science to prove it! As for his personal take on what makes for great comedy, he suggests, “…things that make you laugh and then think—that’s the sweet spot.”

How to Get Involved in Atlanta Comedy

Atlanta has a rich comedy scene with a diverse array of opportunities for performing. Though joining the comedy scene as a first-time performer may seem daunting, Lew recommends learning by doing! Fortunately, Atlanta offers opportunities for aspiring comedians to practice in both improv classes and open mic nights. If you’re not up for being in the stage lights, numerous Atlanta venues offer comedy shows. Science for Georgia offers comedy events that will let you sit back and enjoy the humor in science and comedy.

Thank you to Lew Lefton for sharing his time and expertise on comedy! You can see more about Lew Lefton’s work here and explore his impressive collection of April Fool’s jokes here.