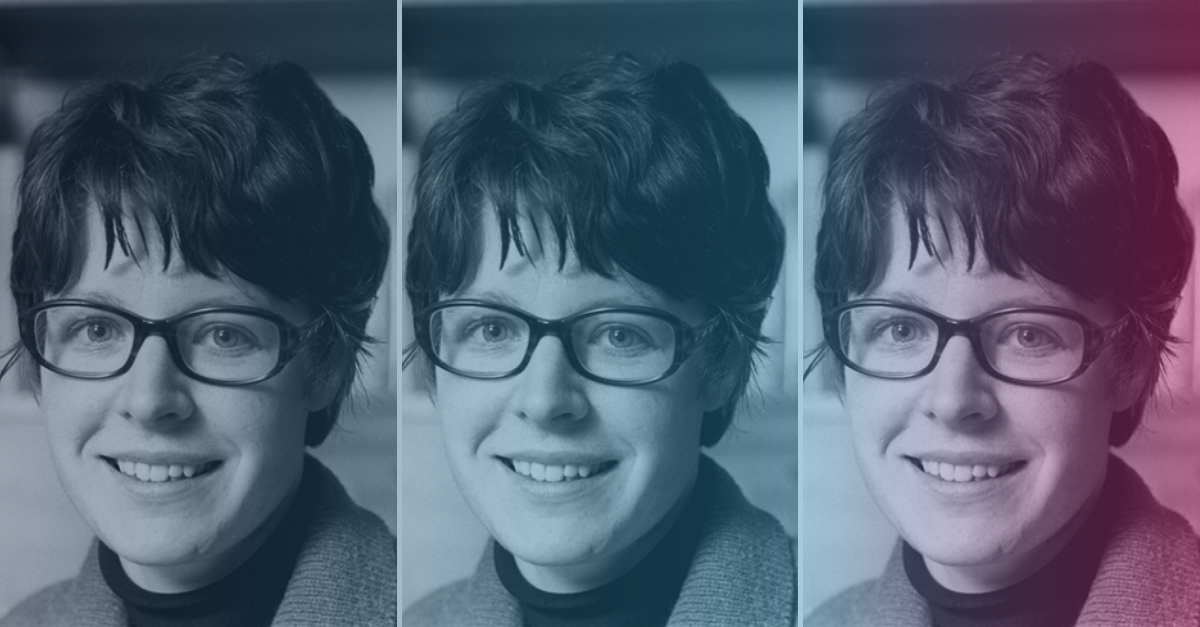 “Women should not have to do all of the adapting. It is time for society to move toward women, not women toward society” – Jocelyn Bell Burnell

When a star dies, it leaves behind a stellar “corpse” in the form of a dense core with a strong magnetic field – more than 10,000 times stronger than the magnets used at the junkyard to lift cars. As the core rotates, the magnetic field creates a beam of electromagnetic waves, like a cosmic lighthouse.

In 1967, Jocelyn Bell Burnell became the first scientist to observe the radio signals from pulsars. These pulsars have been important tools that allow us to navigate space, test the laws of physics, and potentially communicate with extraterrestrial life! However, when the Nobel Prize was awarded in 1974 for the discovery of pulsars, Bell Burnell’s name was omitted from the recipients list largely due to her gender.

Jocelyn Bell Burnell was born in Northern Ireland in 1943, a time when only men were encouraged to be scientists. However, Bell Burnell’s parents were educated Quakers who encouraged her interest in science by taking her on trips to the nearby observatory. She taught herself astronomy at an early age using her father’s textbooks and fought the school system alongside her parents until they allowed her to attend lab instead of the homemaking classes girls were placed in. By the end of one semester, Bell Burnell ranked first in her class.

While earning her bachelor’s degree, she was the only female enrolled in honors physics and was constantly teased by her male classmates. After graduation, she continued her education at Cambridge University where she was one of two women in her graduate program. “Surely they’re going to realize I’m not bright enough,” she thought to herself. “But until they throw me out, I’m going to work my very hardest.”

While in graduate school, Bell Burnell worked under Dr. Andrew Hewish, an astronomer who needed a sharp student capable of building a telescope to help him scan the sky for the radio waves produced by quasars. It was using this newly built telescope that Bell Burnell discovered the first pulsar.

On November 28th, 1967, Bell Burnell detected an “unclassifiable squiggle” while checking the telescope readouts by hand. However, Hewish dismissed it, insisting it was simply interference. Determined to solve the mystery, Bell Burnell remained focused on the squiggle, which pulsed in a remarkably regular pattern. Then she noticed a second pulse coming from a different region of the sky and knew that it was not something to be ignored. These incredibly regular pulses were coming from pulsars which now serve as comic “lighthouses”: important points of consistency in the ever-changing cosmos that help astronomers to navigate space.

The discovery of pulsars was published in Nature, science’s most esteemed journal, with Hewish’s name appearing first on the author list. During interviews, Hewish received all of the scientific questions while the questions for Bell Burnell focused on her body dimensions and dating life. In 1974, Hewish and another astronomer, Martin Ryle, received the Nobel Prize in physics with Hewish receiving credit for discovering pulsars.

However, Bell Burnell said she harbors no ill will toward the Nobel committee, focusing instead on the countless other awards she has received. She had an esteemed career in academia where she was named Commander and Dame of the Order of the British Empire. Bell Burnell also received the Oppenheimer prize in 1978 and the Heschel Medal from the Royal Astronomical Society in 1989. She has served as president for countless institutes and societies and has honorary degrees from universities too numerous to mention.

Supporting Women and Minorities in Science

In 2018, Bell Burnell received the Breakthrough Prize for her discovery of pulsars and was awarded £2.3 million. Instead of keeping the money, Bell Burnell donated the money to create scholarships for women, underrepresented minorities, and refugees who want to study physics.  Bell Burnell stated, “I reckon I discovered pulsars in large part because I was a minority person [at Cambridge]. And I have a strong suspicion that other minority people might have similar feelings and work equally hard and discover things.”