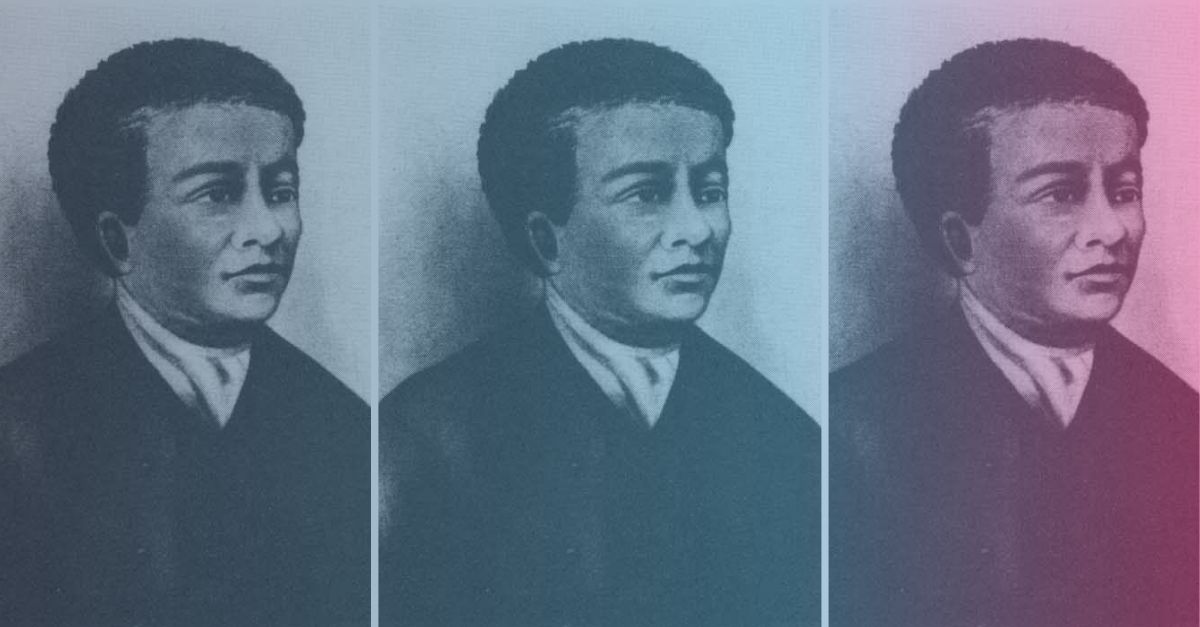 “Presumption should never make us neglect that which appears easy to us, nor despair make us lose courage at the sight of difficulties.” – Benjamin Banneker

Is there a school in your neighborhood named after a person but you don’t know anything about them? In honor of Black History Month, we want to introduce you to Benjamin Banneker, for which Banneker High School in South Fulton County is named. Since the founders of a school selected him for whom to name the school, it comes as no surprise that Banneker is remembered for his curiosity and pursuit of knowledge. He has been called the First African-American Man of Science.

Banneker (1731-1806) was the son of freed slaves who had long suffered under the laws of slavery and indentured servitude. In spite of these obstacles, Banneker pursued education wherever he could find it and learned to read and write, which was uncommon among African-American youth at the time.

He was able to read books on mechanical engineering and mathematics, so he challenged his mind in these subjects by creating math problems for himself to solve. When possible, he would take different machines apart to better understand how they worked. In 1753, he famously borrowed a watch from his neighbor, took it apart, and sketched it to learn how it worked. He then combined these sketches with his knowledge of sundials, the only other time-keeping device he had seen prior, to build a clock out of wood. His handmade clock, one of a few made in the U.S. at the time, ran accurately for 50 years until it was destroyed in a fire.

This interest in time-keeping led him to begin sleeping during the day, so he could study the stars in an observatory he built and learn more about astronomy. This knowledge, combined with all he learned about climate from his years farming, inspired him to begin writing almanacs.

“Never abandon your vision. Keep reaching to further your dreams.”

Benjamin Banneker’s Pennsylvania, Delaware, Maryland and Virginia almanack and ephemeris was published from 1791 until 1797. (The Poor Richard’s Almanac, written by a more well-known white Benjamin, Benjamin Franklin, was published from 1733-1758.) At the time, many homes had just two books – a Bible and an Almanac. Banneker’s almanac predicted eclipses and other astronomical events, weather forecasts, tides, sunrises and sunsets, etc. along with other writings, including anti-slavery material.

An Age of Reason and Science for All

Historians believe the almanacs of this period, referred to now as the American Enlightenment, helped the working classes learn about the relevance of science to their daily lives by familiarizing them with scientific figures, terms, and methodologies. In the 1793 edition, Banneker published his now well-known correspondence with Thomas Jefferson, then the United States Secretary of State. In this letter, Banneker argued that the principles of The Declaration of Independence and The Bill of Rights contradicted the continued existence of slavery. He pointed to his own intellectual achievements, possible only because he was free, as evidence that his people were not “in reason much inferior,” as Jefferson had previously written.

Banneker sent his 1792 Almanac to Thomas Jefferson as proof that people of African descent had just as capable minds as any other. The letter and response were then printed in his 1793 Almanac, “Sir, pitiable it is to reflect that…in detaining by fraud and violence so numerous a part of my brethren, under groaning captivity and cruel oppression, that you should at the same time be found guilty of that most criminal act, which you professedly detested in others.”

“We are a race of beings, who have long labored under the abuse and censure of the world; we have long been looked upon with an eye of contempt. However diversified in situation or color, we are all of the same family.”

Banneker’s accomplishments, brilliance, and advocacy inspired generations of future scientists, authors and naturalists. His life strongly refuted early white supremacist ideals that attempted to demean descendants of slaves. Banneker remained a strong voice in pursuit of abolition and endures as a reminder that when prejudice and bigotry are allowed to dominate society, human progress is stalled.