How Ink Evolved: The Science and Evolution of Permanent Body Art 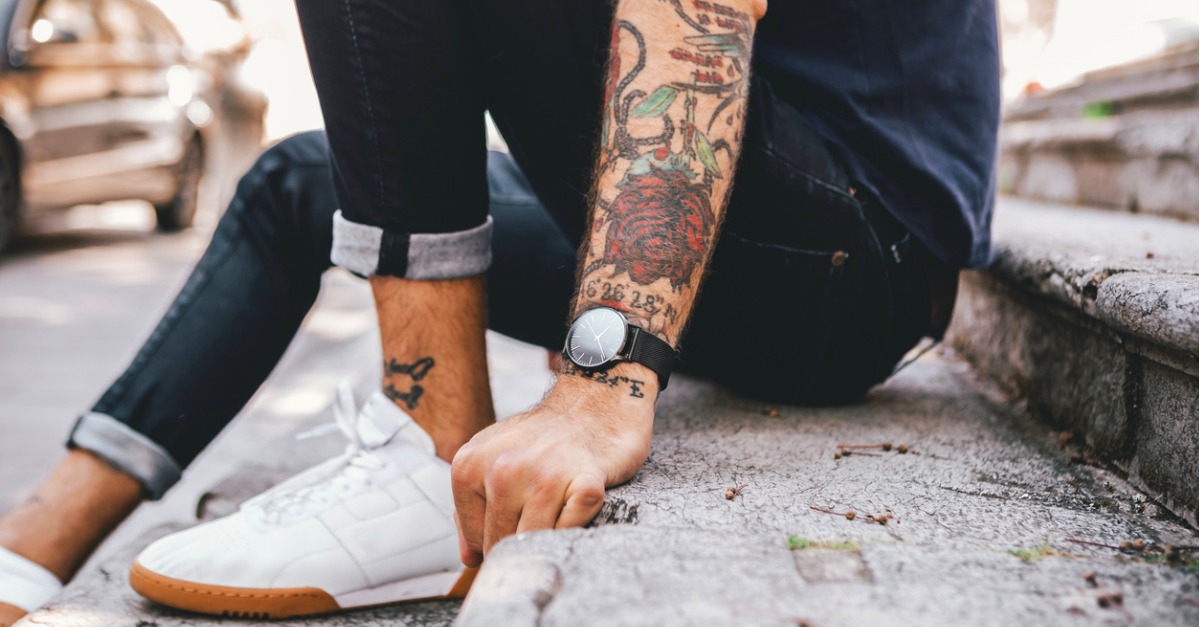 As most people would be, I was a little nervous. Maybe a bit more than a little. Shiny, sterilized tools loomed just below eye-level, neatly arranged alongside a crowd of sanitizing chemicals. Mind racing and growing increasingly self-conscious about my above-average sweat production, I almost called the whole thing off. The cold shock of disinfectant on my skin finally snapped me into focus; I was really about to do this. I was just glad I couldn’t see the needles.

Biting my lip and clenching my fist to feign toughness and hide my pain, I walked out of that appointment with a swollen lip, nail marks on my palm, and permanent artwork on my ribs.

While it wasn’t the most painful experience I’ve had to date, getting my first tattoo certainly wasn’t the least. According to the Pew Research Center, I was now one of the 40% of Americans aged 18-29 to have a tattoo. Body ink has become so popular in recent years that the US military has had to loosen their strict tattoo restrictions to keep their recruiting pool from shrinking. Why do so many people purposely injure themselves to create these elaborate and permanent scars? Keep reading to learn more about the history and science of tattoos.

An Artistic Rite of Passage 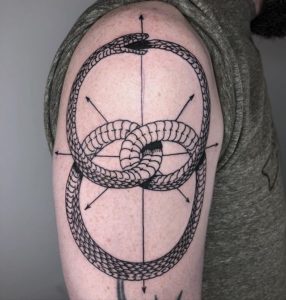 Dustin Cramer puts a spin on the ouroboros, an ancient symbol representing wholeness and the cycle of life. (Instagram: @dustycramer)

“It’s like hanging your favorite art in your home, but of course permanently,” explains Dustin Cramer, a tattoo artist at SparrowHawk Studio in Atlanta. In addition to the deep artistic component, a 2015 Harris Poll showed that inked individuals feel that their tattoo makes them feel sexy and rebellious, as well as strong, spiritual, healthy, and intelligent. This modern rationale for body ink is not too far off from that of more traditional tattoo origins. A practice that has been around for over 4,000 years, tattoos are considered a rite of passage in many cultures, believed to ward off illness and illustrate physical endurance. The ritual of elaborate body inking is deeply spiritual, and studies have indicated a belief that tough bodies and minds create thoughtful warriors and leaders.

Despite the longevity of tattooing, biologists have long been puzzled by this ritual of self-injury. After all, purposefully exposing oneself to injury and risk of infection doesn’t seem like the best way to ensure survival. Yet recent theories suggest that the cultural origins of tattoos may have a biological basis in a phenomenon referred to as “costly honest signaling.”

A perfect example of costly honest signaling can be found in one of my favorite movies from the early 2000’s: A Knight’s Tale. In a story about an underdog jousting crew, Heath Ledger’s character, William, must hide his humble origins to win tournaments and the heart of the noble lady Jocelyn. Due to the shady dealings of his arch-nemesis, William becomes severely injured during the final jousting match. Throwing a Hail Mary, he removes all his now ruined armor, charging ahead with no protection. This display is both costly and honest because removing armor is a potentially deadly move that is impossible to fake. While extremely risky, this dangerous act is meant to signal toughness and confidence in the character’s ability to win, shaking the confidence of his dastardly opponent. A successful attempt at costly honest signaling bolsters his romantic prospects and ultimately wins him the tournament.

With the risk of life-threatening infections and a permanent marking that is nearly impossible to fake, biologists believe ancient tattoos are another form of costly honest signaling. Like Williams’s display of bravery to capture victory and Jocelyn’s affections, body ink may have been used as an evolutionary signal to potential partners about the ability to withstand physical pain and fight off infections. By attracting mates, thus increasing chances of reproduction, the pain and risks of this ritual of self-injury may have had cultural and evolutionary benefits that outweighed the costs.

Dr. Christopher Lynn, Associate Professor in the Department of Anthropology at the University of Alabama, has investigated costly honest signaling theory through the lens of the immune system. Lynn and colleagues compared overall tattoo experience in American Samoans, a culture in which body ink plays an integral role, to markers of immune system response. Immune response was assessed by measuring the amount of two substances in the subjects’ saliva: cortisol and IgA. Cortisol is a hormone released during stress to suppress the immune system and return it to baseline activity, while IgA is an immune marker that serves as the first line of defense for bacterial infections and viruses.

Individuals with more tattoo experience may have immune systems habituated to frequent stressors to the skin, priming them to fight off infections.

Compared to tattoo novices, Lynn’s research shows those with more overall experience with tattoos had elevated levels of IgA in their saliva after getting a new tattoo. Therefore, individuals with more tattoo experience, such as more inking sessions or years having tattoos, may have immune systems habituated to frequent stressors to the skin, priming them to fight off infections. 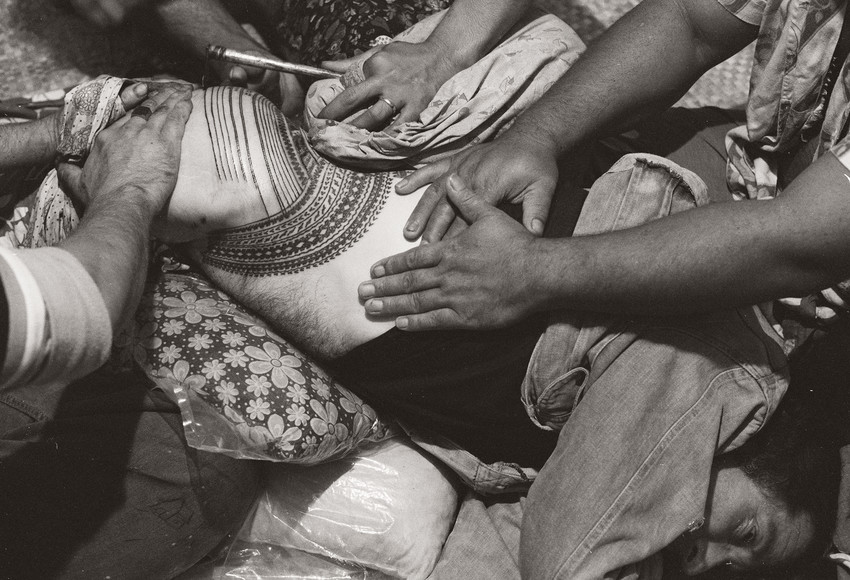 Tattoos are thought to have served as a costly honest signal of toughness and health for thousands of years. Although tattoos are likely not the cure to the common cold, Lynn’s work demonstrates that the cultural and evolutionary history of permanent body art may have biological impacts. And while it might not make me a great warrior, that just might help me fight through the pain during my next tattoo.

Thank you to Dustin Cramer and SparrowHawk Studio for their tattoo expertise! To see more of Dustin Cramer’s work, follow him on Instagram at @dustycramer.