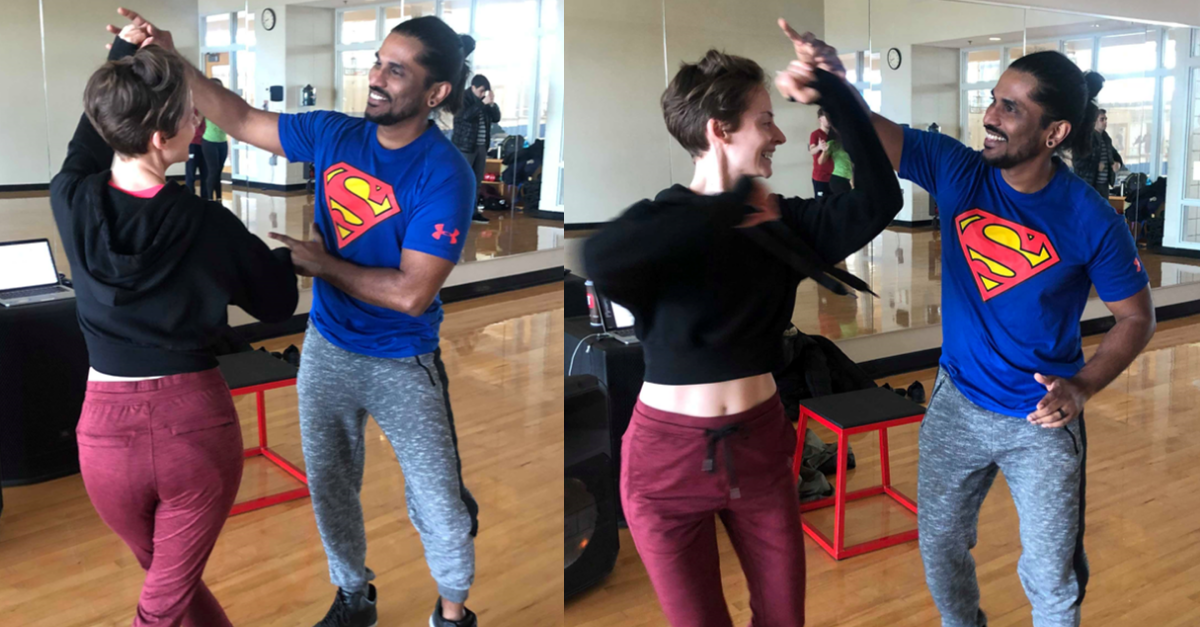 Social dancing is all about force – a push or a pull that changes an object’s motion.

Two people meet on the dance floor and form an elegant silhouette. A sparkly dress flares during a double spin. Everyone catches their breath during a lift, only to grin in excitement and relief once both feet are on the ground. Whether watching it on screen or doing it yourself, it is hard to deny that sense of glamor that comes with a well-executed partner dance.

Shows like Dancing with the Stars and So You Think You Can Dance have brought social dancing to the limelight. Besides looking cool, dancing is fun, is a great workout, and may actually make people happier according to several research studies. However, many people feel excluded from this world of dance because they are intimidated by the fear of not knowing what to do.

Physics is the Language of Social Dancing 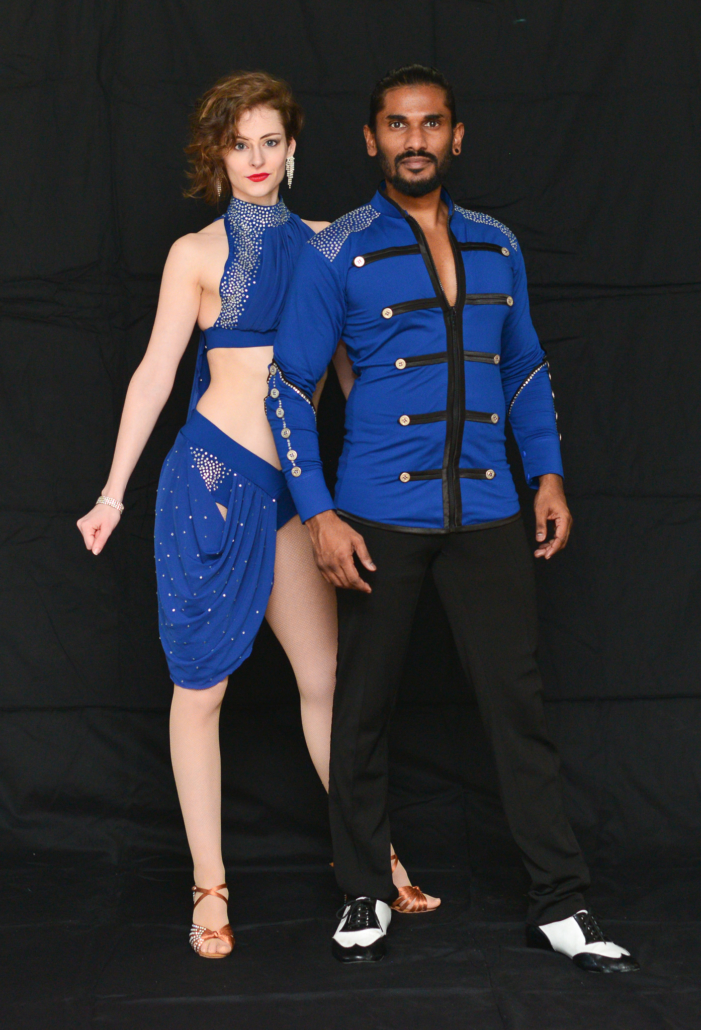 The good news is that while dancing looks super intimidating, it is very learnable because a lot of it is based on physics! Social dancing is all about force – a push or a pull that changes an object’s motion. In dancing, the direction and strength of forces are used to tell dancers how to move. Forces come from all over, including contact between the lead and follow, the muscles and joints within each dancer’s body, and gravity.

“A lot of the more intricate parts [of social dancing] are not something you can see… somebody needs to explain the inner workings and the mechanics of it,” says Ashwin Raju, who co-owns Aatma Dance Studio with his wife, Kristen Anne. Ashwin and Kristen have each been dancing for over a decade and teach salsa and bachata at their Atlanta-based studio from beginner level to performance-ready.

“In salsa or any partner dance, there is a lead and a follow. Whatever is in the lead’s head needs to be communicated to the follow, and the only way the follower can listen to the lead is through the body,” Ashwin explains. Forces are the words in the language of social dancing. When a lead wants the follow to move in a certain way, he applies a specific force to communicate what to do.

The concepts of frame and connection allow the follow to interpret this force and translate it into a movement. In dance, frame refers to how you hold your upper body. Good posture as well as engaged back, core, and arm muscles are key to a good frame. When these muscles are engaged, the forces within the body make the entire torso move as a single unit, allowing subtle cues from the lead to be translated into big movements from the follow. 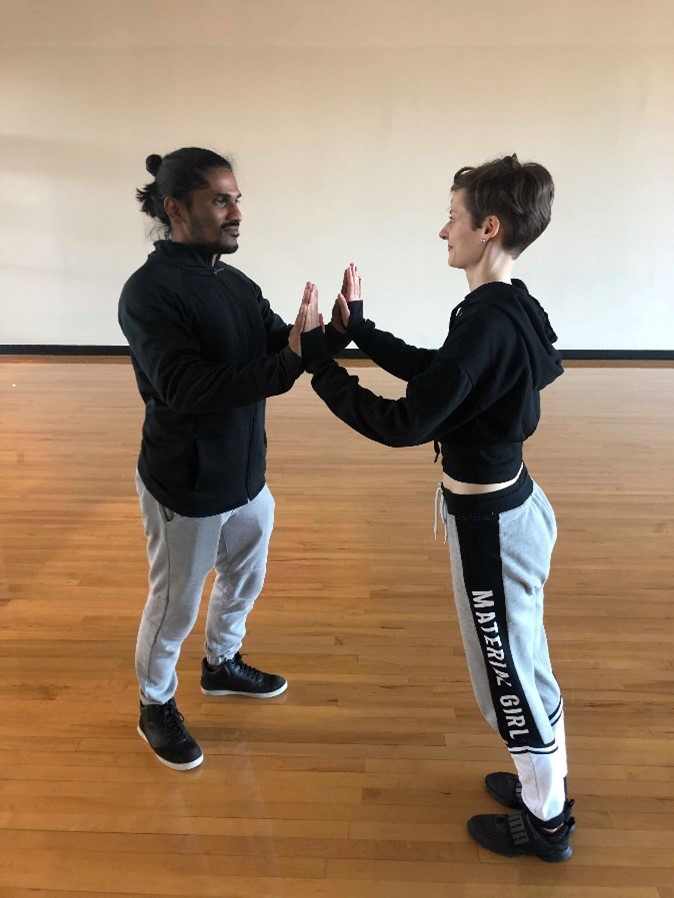 Connection describes the interaction between the lead and follow’s bodies.

Connection describes the interaction between the lead and follow’s bodies. With proper connection, the lead and follow are applying the same amount of force to each other, so that the follow has some resistance to any forces coming from the lead. “We make the leads and follows get into a palm-to-palm connection and lean into each other. Like planking against each other. We ask the ladies to close their eyes and we ask the leads to walk around the floor backward and forward without letting the follows know where they are going,” says Ashwin.

In physics, resistance is an opposition to the flow of energy. We hear a lot about resistance in circuits, but it is also important for dancing. Resistance lets us convert energy into a practical form, like a light in a circuit. A lead uses energy to apply force to the follow. A follow with “noodle arms” has little or no resistance to this energy, so her arms flail in the direction of the force without engaging the rest of the body. A follow with too much resistance applies so much counterforce that the lead is unable to move her. The right balance is learned through training and practice.

Torque is a twisting force that can cause an object to rotate. When a lead signals for a follow to turn, he guides her arm in the direction of the turn. Because the follow is dancing with a strong frame, her entire torso follows this cue, which creates a tension (torque!) between her upper and lower body. Ashwin compares the changes in the follow’s body to that of a car going into sports mode, “once you start turning, everything kind of tightens up. All the joints are like springs and all the springs sort of tighten up. That means when one side moves, everything else reacts. Head to toe everything is connected.” The internal forces that connect the follow’s torso to her lower body cause the rest of her body to follow through with the turn. If the lead turns the follow too aggressively and she loses balance, they are reminded of another force always at work – gravity.

When using the right technique, communicating during a dance becomes almost effortless. As Kristen explains, when connection and frame are in place “you really don’t have to think what direction you’re going in because it just feels so natural.”

Teaching Robots the Language of Dance 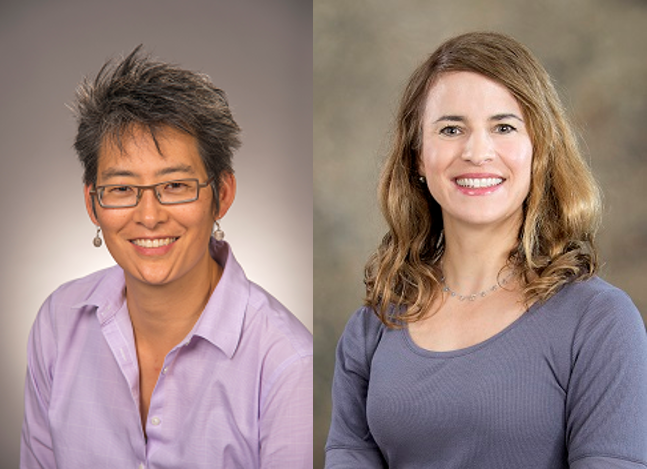 Professor Madeleine Hackney at Emory University echoes this sentiment, “if you’re dancing with a skilled leader…you don’t even need to think about it at all, it just happens.” The underlying concepts of physics that dictate many aspects of partner dance mean that two complete strangers can dance without a glitch, as long as they both know the rules.  Taking advantage of this established “language”, Professors Madeleine Hackney and Lena Ting at Emory University are designing robots for partner dance in order to provide physical therapy for Parkinson’s patients. “We liked partner dance because there was already a codified sort of structure and language,” Lena explains.

Parkinson’s Disease is a disease of the nervous system that causes tremors, muscle stiffness, slowed movement, and balance problems. Madeleine was a professional dancer before becoming a neuroscience professor, and she has used her background to adapt Argentine Tango as a rehabilitation treatment program for Parkinson’s patients: “the knowledge base that I developed as a partner dancer is super important for this because I have taught countless individuals how to move in conjunction with another person… I know the rules of partner dance — be it tango, or salsa, or swing, or any of these — and how we communicate motor goals in very, very subtle ways.”

Tango therapy has been surprisingly effective. Madeleine has found that her tango classes can improve balance and gait in her patients. When Lena learned about Madeleine’s work, she wanted to contribute her expertise in robotics to bring this therapy to people on a larger scale. By designing robots that can lead and follow, Madeleine and Lena believe they can make tango therapy more accessible. “The idea with rehabilitation robots in general [is] you want to emulate what the therapist is doing and basically allow people to have therapy more often… and maybe in a place where they can’t normally get it,” Lena explains.

The problem is that robots need to be programmed to give and respond to the forces we use to communicate in dance, and it is hard to define exactly what ‘natural’ feels like. “One of the problems in robotics is we don’t know how to get a robot to really touch and interact with a human being in a caring, gentle way” explains Madeleine. “That’s why it was so cool to meet with Lena because she’s got all the skills with engineering, so then by partnering with her we’ve been able to answer some of these questions.”

As research partners, they are studying the physical interactions between people in order to better understand the communication that happens in dance. “We started on a set of studies looking at two people interacting in a stepping paradigm to understand principles of the force communications,” says Lena. They have studied expert dancers as well as complete beginners, and in doing so, they have begun to be able to define what qualities make for a good dancer.

They take many measurements analyzing the distance, time, and forces associated with dancing. For example, they measure the distance between two people’s chests, the lag time between when the lead moves and when the follow moves, or the force a lead uses to signal to a follow. “You start to realize how powerful this communication, physical communication, is because you ask people to close their eyes and they do better,” Lena explains.

“We were surprised that experts were using greater forces than novices… but in general what’s surprising is the forces are really low… so they’re definitely not pushing people.” She goes on to say, “We think about frame, and I think that is really important, the stiffer you are… means you can have more resistive force. With the experts, I think they do that so that for a smaller movement, you get a higher force, so the signal is much higher. I think that’s what frame does; it really increases the speed of transmission of the signal.” Lena and Madeleine are working to quantify what makes a good frame, so that they can program their robots to automatically dance with the technique that might take a human dancer years to perfect. 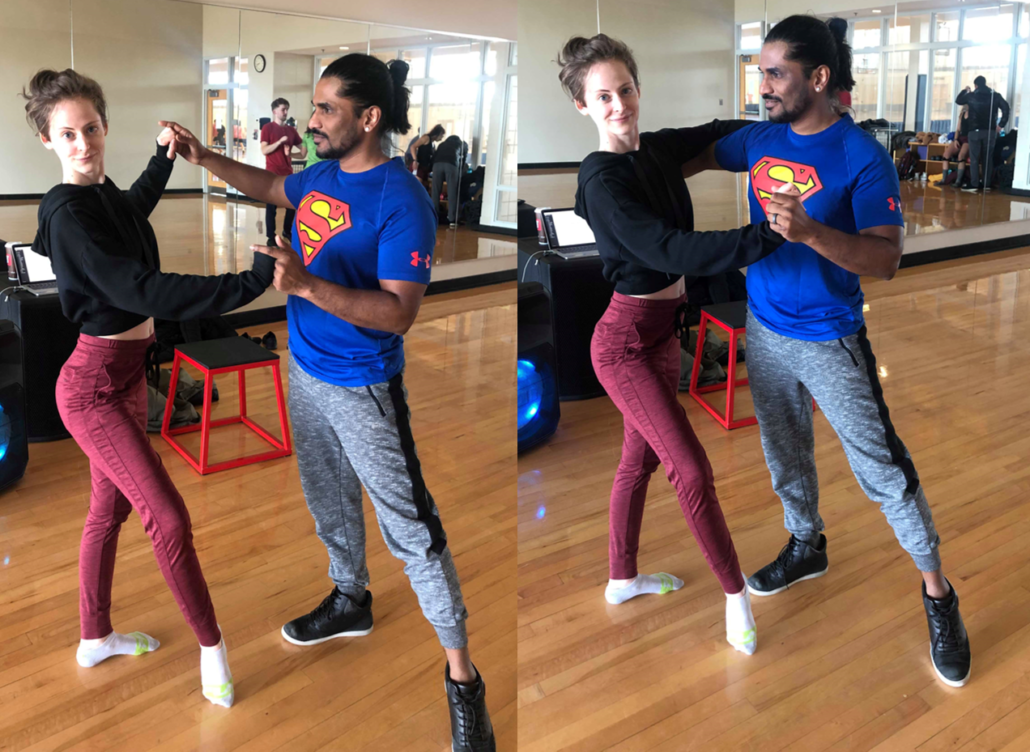 “When using the right technique, communicating during a dance becomes almost effortless.”

Social dancing with a partner is like a language with its own set of rules for communication. Learning how to maintain a frame and how to correctly apply and respond to forces allows us to understand dance cues quickly. Much like verbal communication, once you internalize the basic rules, you can communicate in dance almost without thinking. If you are interested in joining the conversation, consider taking salsa or bachata lessons with Ashwin and Kristen at Aatma Dance Studio, and come try it yourself at one of their socials! Also, if you or someone you know has Parkinson’s Disease or mild cognitive impairment and would be interested in participating in one of Lena and Madeleine’s ongoing studies, please reach out to Madeleine at [email protected].

Thank you to Ashwin and Kristen Anne at Aatma Dance Studio, as well as Professors Lena Ting and Madeleine Hackney! For more Awesome Science of Everyday Life features and other science updates, follow Science ATL on Facebook, Twitter, and Instagram! 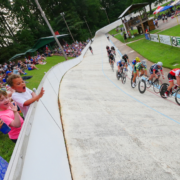 The Science of Track Cycling