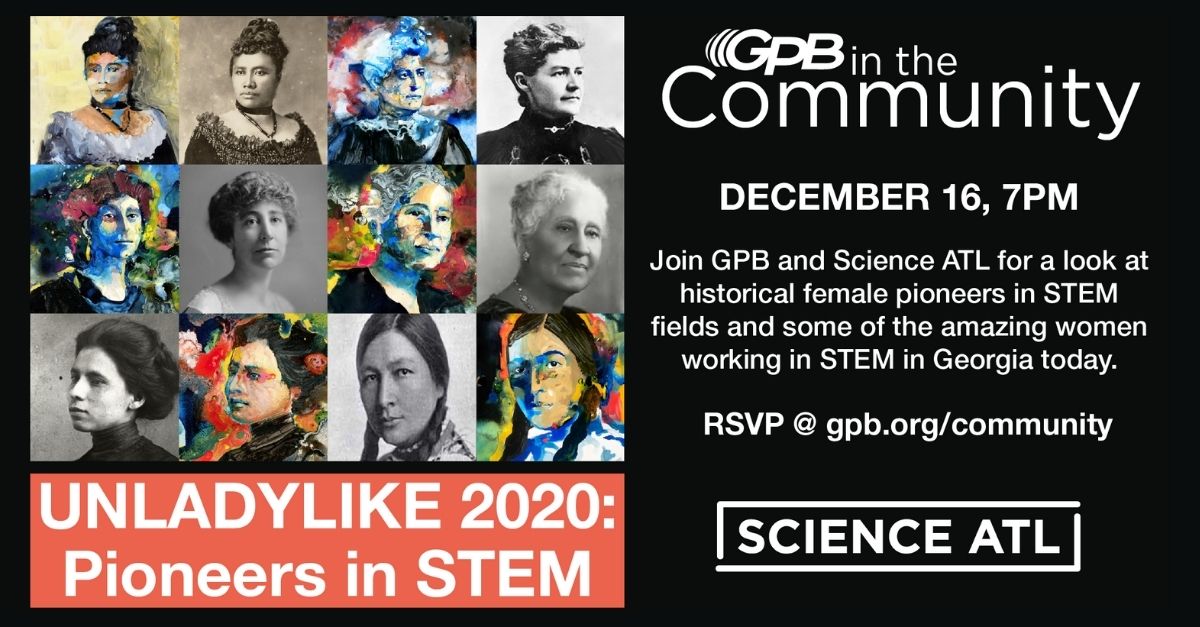 The sky’s the limit for womxn in STEM in 2020, but it wasn’t always that way. At 7pm on Wednesday, December 16th, Science ATL and Georgia Public Broadcasting will screen three short films from the Unladylike 2020 series, highlighting pioneers in STEM that paved the way for today’s womxn scientists and engineers.

After the screening, stay tuned for a live discussion with local scientists and engineers whose studies build on the work of the featured STEM pioneers. Learn more about the short films and our panelists below!

Register for this FREE event on 12/16

The Science of Social Dancing
Scroll to top