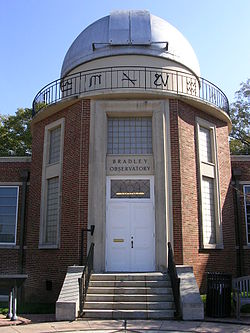 Most of Bradley Observatory’s open houses focus on a topic in physics or astronomy with lectures given by Agnes Scott faculty, students, alumni or local scientists. As children, we are often asked what we want to be when we grow up. For GSU Second Century Initiative Fellow Alexandra Yep, the answer was easy. She knew she wanted to be an astronomer. Intrigued by the light of the stars and the words of J.R.R. Tolkien, Yep became an avid star gazer. Yep, from Calgary in Alberta, Canada, began her college career at Emerson College in Boston where she received her Bachelor of Fine Arts in Writing Literature and Publishing. She later attended California State at Northridge where she obtained her Master’s degree in Physics with a concentration in Astrophysics. She is currently pursuing a Ph.D. in Astronomy at Georgia State University.Yep is researching the formation of young stars in the Gum Nebula, an emission nebula that extends across the southern constellations. Southern constellations reside south of the equator and can be better seen from the southern hemisphere. According to Yep, the formation of these stars is specifically interesting because unlike most stars, these stars formed with the help of an external force: other stars. Learn more about her here: nextgen.gsu.edu/2019/01/29/second-ce…tiative-fellow-redefines-stargazing/

Online Story Hour: The Real Me