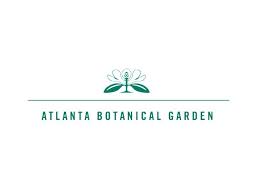 Presentation Title: Seed Viability Testing for the Research and Conservation of Epiphytic and Terrestrial Orchids.

Description of Presentation: Seed viability tests are used to assess if a seed is alive, metabolically active, and possesses the enzymes needed for germination. These tests are essential to determining the success of ex-situconservation efforts such as seed banking, but vary in their reliability. For orchids, the Tetrazolium test (TTC) is the most commonly used seed viability test, but has been reported to be inconsistent and inaccurate. We need to identify an appropriate and reliable seed viability test for orchids, especially when conducting comparative studies on their different lifeforms. To achieve this, we evaluated the suitability of three seed viability tests: Evans blue test (EB), Fluorescein diacetate test (FDA) and TTC test, with and without sterilization, on seeds of 20 orchid species, which included five epiphytes and fifteen terrestrials, using fresh seeds and seeds stored at -18 ºC for six to eight years. We found that the lifeform of the species and seed sterilization prior to testing are important and influential factors in orchid seed viability testing. In addition, we found that the EB test was reliable and we recommend it over the less reliable, but commonly used TTC and FDA tests, which both require more expensive and sophisticated instrumentation. The recommendations of this study can be used for both fresh as well as long-term stored orchid seeds.